French food tasting at the International School? Count us in! 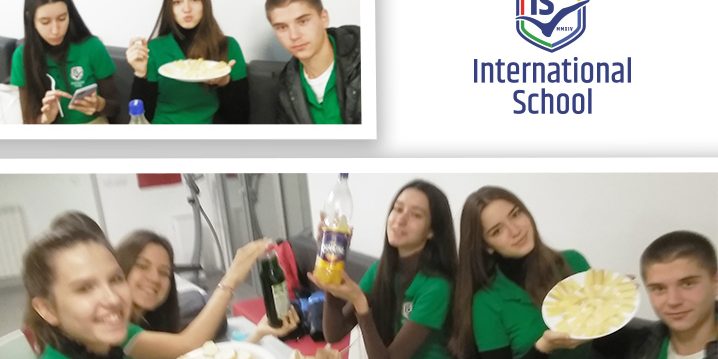 French teacher, Marija Panić, gathered Year 10 and Year 11 students who are taking French to talk about the delicious French cuisine. The talking wouldn’t do much without tasting it – and yes, Ms Marija thought that through.

Since the UN International Day of the Eradication of Poverty was approaching (17 October), Ms Marija informed them that the first commemoration of the event took place in Paris, France in 1987 when 100,000 people gathered to honour victims of poverty, hunger and violence.

They also discussed the idea how some renowned gastronomic brands and some famous traditional recipes were actually originally made in a rather poor environment – in villages or in working class towns.

There is no French cuisine without a variety of cheeses, roquefort, camembert, comté, to name a few; so they talked about the reasons why they gained prestige during centuries and how they maintain their quality. Using their imagination, they traveled to the regions of Brittany, Provence and Normandie, and explored their specialties.

While revising vocabulary about food, they tasted some French recipes and trademarks such as macarons, moëlleux à l’orange, Orangina, croissants, baguette and you’re guessing – comté cheese.

Okay, we know that you would rather enjoy France and their outstanding cuisine in person, but the lesson filled with baguettes, cheeses and macarons? We can agree that this was quite a tasty one!