Football is (not) a girl’s game 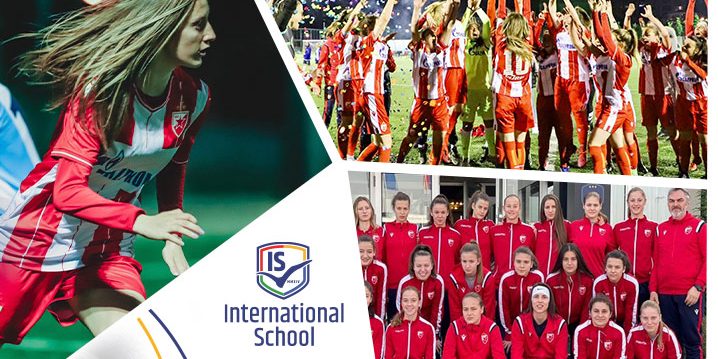 Do you know who the top scorer at Red Star FC is? Some of you may say Mirko Ivanić or Milan Pavkov, buuut… no. We say Sofija Sremčević! Yes, Sofija Sremčević, International School Year 12 student, is officially the top scorer and one of the players who contributed the most to this team winning the women’s football championship, the First League.

The Red Star women’s team shone in this tier of the competition. As the team’s top scorer, Sofija has scored 35 goals by now! “Saint Sofija” as the teammates call her, excels in football, a sport that was once unimaginable for girls.

Why should girls play football? Simply put – because they can! Football was closed off to women for decades, because it was historically considered a “man’s game”. Sofija and her teammates are proving stubborn heads wrong! They’re showing that anything is possible and that girls can do absolutely anything they set their minds to. We are sure that Sofija is setting an example for young girls to look up to when they pursue their own dreams. Kudos to the girls!