When a Physics teacher combines Bingo, movies, and bad physics, what everyone gets is a great lesson 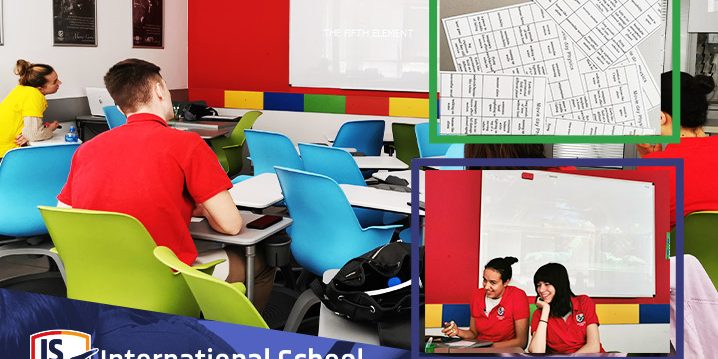 Have you ever thought about physics while watching a movie? If so, have you ever told someone: “According to every Newton’s law, this is impossible!”? Probably not.

Well, together with their Physics teacher Ms Ana Vlašić, International School Year 12 students had an opportunity to discuss bad physics in movies, and use their knowledge and perception to notice every single unrealistic detail.

In an introductory lesson, the students first had to note down all the inaccuracies that bend the rules of physics which they remembered from various science fiction movies. Through good argumentation, they had to explain and justify why something would be unrealistic even with modern-day technology and which physics laws it disobeys.

The students’ observations were made into Bingo cards. During the following lesson, a Movie Day was organized, and each student had an opportunity to get a bingo! They were watching the Fifth Element, noticing some major physics problems and crossing them all on their cards. Once they managed to spot all five inaccuracies in a row, they would get a bingo. This time, it was not third, but fifth time lucky.