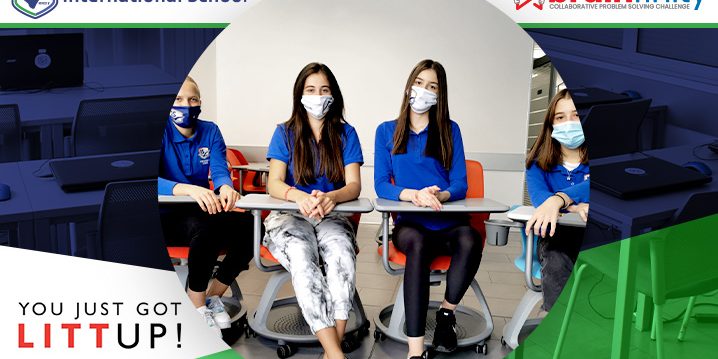 Did you know that International School has the most lit problem solvers? LITTerally! This weekend, International School’s team LITT participated in the Brainfinity competition, which encourages creativity, teamwork and logical thinking, where they used the knowledge gained at school in a real-life environment and qualified for the finals!

LITT team (Lana Lukić, Isidora Šušović, Teodora Beatović and Tara Cvetinović) solved three interesting tasks in record time and secured a place in the finals. This stage of the competition was held online and all they needed was a computer, a tablet, or a mobile phone. The girls had two hours to solve a challenge for globetrotters: to plan the longest route, decode a meeting point and determine the correct time for the meeting, and – as real ecologists – evaluate how much energy can be obtained from the Sahara using solar panels.

See the problems our students solved.

What’s it really about?

Brainfinity is a collaborative problem solving challenge, in which four-member teams comprising primary school students from years 5 through 8 or secondary school students use technology to solve interesting problems. Each team has a teacher-mentor, whose task is to prepare the teams for this unusual contest in which students adopt the principles of project-based learning by exploring interesting topics.