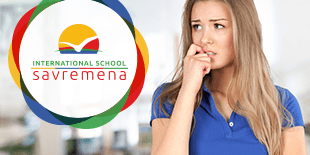 In modern society, people encounter various evaluative situations on a daily basis. With respect to the course of formal education, before enrolling in primary school, children are subjected to a school maturity assessment, followed by daily evaluations of their abilities, cognitive capacities, talents and acquired skills.

As the children grow older, the number of requirements increases, and it is safe to say that they culminate in taking the final exam at the end of primary school (in Serbia, it is a test combining natural and social sciences, first language and mathematics tests). In adolescence, students take entrance exams for secondary schools, where they are subjected to frequent evaluations that continue throughout their tertiary education.

Success in the previously mentioned evaluative situations determines the subsequent education, the right to obtain various grants or the type of employment. Academic performance often determines the way others perceive and evaluate us, i.e. it has a social dimension – it is linked to a person’s need to display integrity and ability, and the need to belong and earn other people’s respect.

How widespread is anxiety?

Clearly, different forms of knowledge, ability and skill evaluation during the education process are significant stressors for most people. Therefore, tests and evaluative situations in general by all means trigger anxiety. Individuals highly vulnerable to evaluative situations are likely to experience a high level of exam anxiety.

Exam anxiety is a complex multidimensional scientific construct that represents a special form of general anxiety and refers to a set of cognitive, affective, physiological and behavioural reactions that accompany the concern for possible negative consequences of a failed exam or some other evaluative situation (Genc, 2014).

Several years later, Canadian researchers established that 22% of students suffer from distress due to school examinations and that evaluative stressors mostly affect students during the first 12 years of their education (McGuire, Mitic & Neumann, 1987, according to Genc, 2014).

The results of more recent research indicate an even greater prevalence of exam anxiety in children and adolescents which, according to some data, is higher than 33% (Genc, 2014). This and similar research points to the increase in exam anxiety in the student population in the US, probably caused by more frequent tests in contemporary education and the fact that success in various assessments is increasingly valued (Methia, 2004, according to Genc 2014). 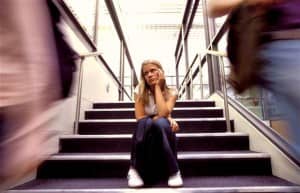 In their study, Hashmat and associates point out that 15–20% of students experience pre-exam anxiety, ranging from moderate to severe (Hashmat, Hashmat, Amanullah, Aziz, 2008, according to Latas and associates, 2010).

Some authors indicate that the exam anxiety prevalence in the student population is 15% to 20% (Zeidner & Nevo, 1992, according to Genc, 2014), however, the author himself questions this piece of data, as the studies on the distribution of evaluation anxiety are based on small samples with questionable representation.

According to Spielberger (Spielberger, 1980, according to Genc, 2014), another renowned expert in the field, the level of exam anxiety prevalence is much higher than the one listed by the previously mentioned authors.

This renowned researcher claims that the percentage of exam anxiety experienced by students reaches an incredible 52%.

The consequences of exam anxiety

The consequences of exam anxiety include lower achievements (Benjamin and associates, 1981, McKeachie, 1984, according to Živčić Bećirević, 2006), various somatic disorders, such as cardiovascular difficulties and weakened immune system (Lowe et al, 2000, according to Genc, 2014), suicidal tendencies (Keogh and French, 2001, according to Genc, 2014), the inability to take an exam, reduced academic performance, dropouts, lowered self-esteem, unfulfilled intellectual potential (Latas and associates, 2010).

On the other hand, a small number of students is familiar with the means to cope with (pre)exam anxiety (Latas and associates, 2010).

Enrolment for class 2022/23 is underway! Click here to register »