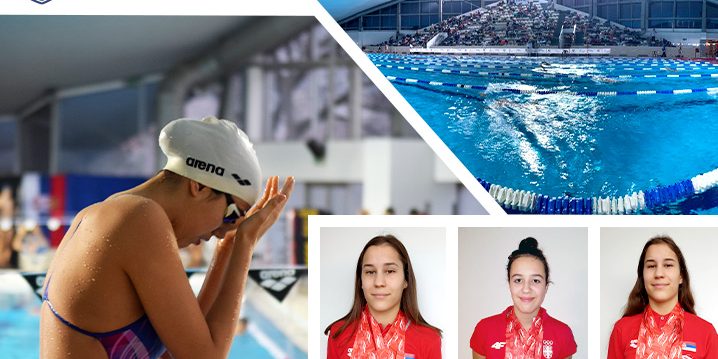 Is it fair to say that our Year 11 students Tea Ćulibrk and Anja and Mina Kaljević had plenty of success in December? Well, we would call twelve gold medals and nineteen in total super success.

The State Championship of Serbia in swimming took place 17–20 December 2020 at the Milan Gale Muškatirović sports centre in Belgrade. Although there was no audience due to the coronavirus pandemic, nothing could stop our girls. The medals were handed over to the club at the end of each competition day, and subsequently to the swimmers who won them.

We can all agree that this is a glorious way to end this year. Girl Power! Congratulations!