Students of the International School participated in MUN 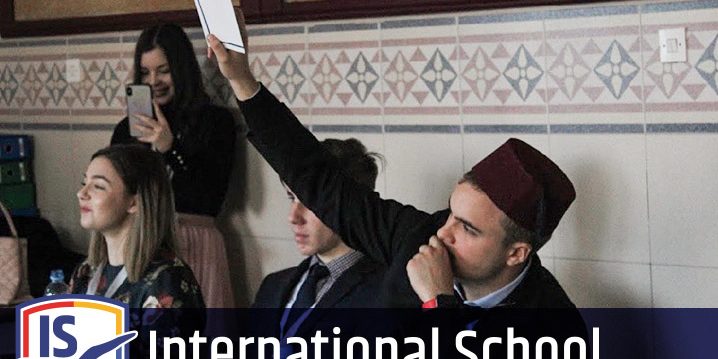 The beginning of February was exciting for Year 12 students Uroš Jež and Luka Connolly. They participated in the first Model United Nations (PBGMUN) conference organised by ‘Prva bošnjačka gimnazija’ from Sarajevo.

In case you forgot, Model United Nations is an educational simulation and/or academic activity in which students can learn about diplomacy, international relations, and the United Nations. Participating in such a conference greatly improves communication and debating skills.

PBGMUN helped understanding actual world problems, such as the Syrian-Turkish conflict, the poaching of endangered species, human trafficking and the question of nuclear, chemical and biological weapons, which were the topics of this year’s PBGMUN sessions.

Uroš Jež once again rewarded with the best delegate

Uroš Jež was chosen to represent the delegation of Turkey and to defend its actions against Syria, while also trying to convince the rest of the committee that Kurds should not be granted more rights. Luka Connolly represented Belgium and the views of the EU and NATO. Even though Uroš and Luka came together, they faced each other in the debate due to Belgium openly criticizing Turkey on their treatment of Kurds and the invasion of Syria.

Distinguished and experienced, Uroš Jež once again won the best delegate award; it seems like we’ve got used to it. This is his fourth award in a row, how amazing is that?!

This was a great opportunity for Uroš and Luka to meet new people, have fun and learn many skills they will use in the future!