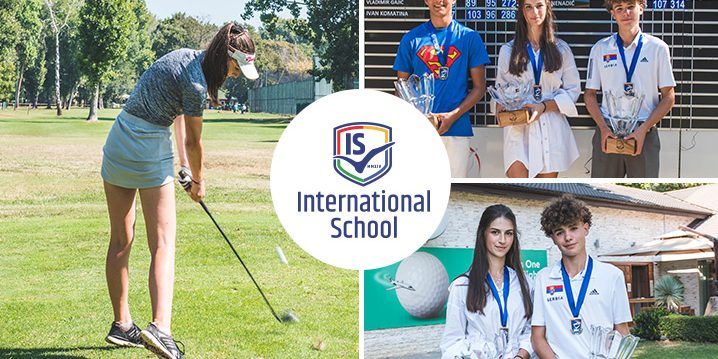 The National Amateur Golf Championship of Serbia took place this weekend at Ada Ciganlija, and the International School has a lot to be proud of. Our Year 12 and Year 10 students took part in this championship and blew the competition away.

An exciting final of the National Championship in the men’s competition was seen on the field of the Belgrade Golf Club. Year 10 student Vukašin Suturović took the title of Serbian Champion after he defeated his opponent in the first hole. Both players had the same score after three days of playing. With two strokes behind, the third place went to Nikola Bojanić, our Year 12 student.

We all already know the golf course is a great place to meet new people, engage in healthy competition and learn the value of patience and self-improvement. Not to mention a wide range of mental and physical benefits.

But is it true that “golf is easy to learn and impossible to master”? Well, no. Lara, Nikola and Vukašin proved the saying wrong. Congratulations guys! We are so proud of you!