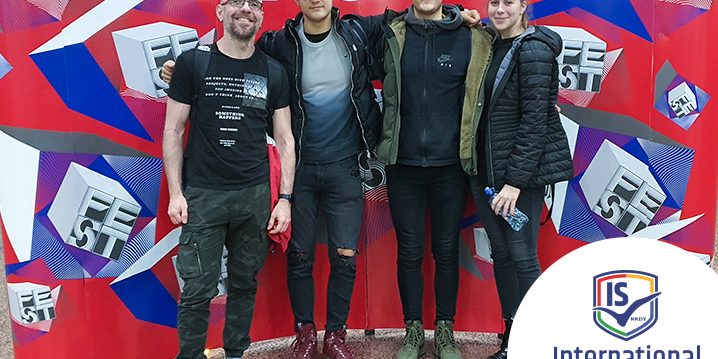 On Wednesday, 4 March, International School students together with their Psychology teachers visited the popular film festival, FEST. The students watched the historical drama “A Hidden Life”.

A true story about love, faith and war

The latest film from the acclaimed director Terrence Malick, “A Hidden Life”, is based on the letters of an Austrian farmer who, upon being called to serve in the army, refused to pledge loyalty to Hitler, and was imprisoned and executed as a result. His resistance became a crisis of his Catholic faith, and his village turned against him and his family.

Even though this is a drama with a strong theme, the students loved the film. The film itself is filled with spiritual and ethical questions and the students had to step into the lead actor’s shoes to try to understand his dilemma; they had to project themselves into the mind of a relatively simple man in a period of terror and confusion.

What should a good man do in the face of evil? How do you navigate your loyalties to your country, God and your own morality? It is very hard to find a silent place in ourselves where we can still see what is right and what is wrong.

The film is highly relevant right now – it’s not only politics, it’s in a very simple way, a silent resistance of somebody who is hidden. The students came to the conclusion that everybody in some way, at some point of their life, lives a hidden life.

The International School provides its students with an opportunity to learn beyond the school walls. Films enable students to learn visually. Digital resources provide a greater understanding of the time and era as well as the lifestyle of the historical figure than simple words. They occasionally go beyond the curriculum and touch upon topics which might not be part of the course, but are nonetheless equally important.