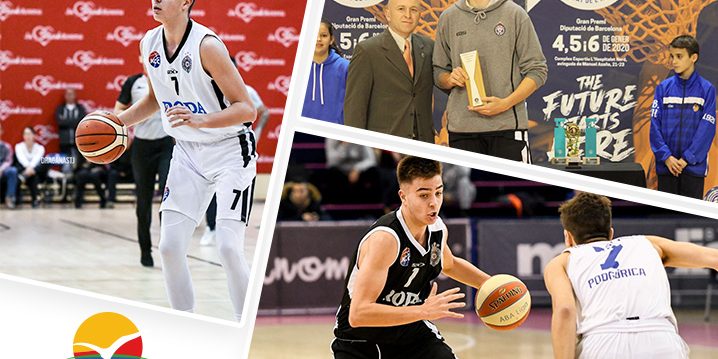 International School Savremena proudly presents Stefan Todorović, a Year 12 student who plays for Partizan and the Serbian National U18 team. He is also the best scorer of the season in the U17 category.

So many reasons to be proud

Listing Stefan’s awards and achievements is a comprehensive task. He was the Most Valuable Player (MVP) at the European tournament in Split. In addition, he was the MVP, best scorer, member of the best tournament lineup and the winner of the 3-point shooting contest at the most prestigious tournament in Europe in his age group – Hospitalet in Barcelona. Did we mention that he was invited to the best-known NBA camp in the world as the best player in the world in his age group? Not many players can proudly declare that, right?!

When he steps onto the court, he gives it all. He’s focused, determined, and smart. Stefan is as hard-working in training. This is one of many reasons why he is so good. And that’s not all – he balances his school and sports activities perfectly.

Someday Stefan could be as great as LeBron James. Or even better, who knows?! He has all the right qualities and the will and determination to succeed.

There is one saying about basketball that we like: “Basketball is an easy game to play, but a hard game to master.” Stefan already has mastered it. Go, Stefan!