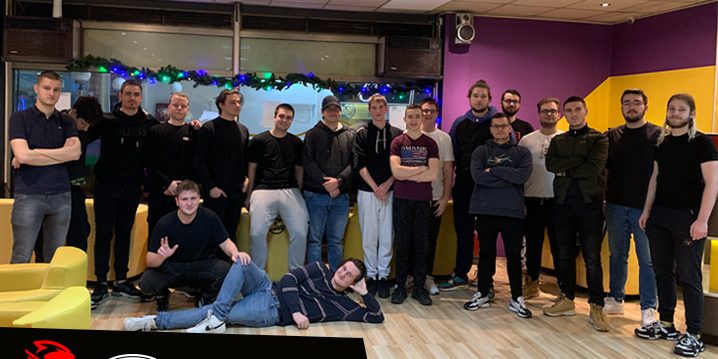 The end of an esports year is usually the time when we try to sum up what actually happened in the past 365 days. 2022 was an excellent year for LINK eSports. This year, the final esports event took place at Cyber Shark on Trg Republike. On Saturday and Sunday, December 24 and 25, Valorant 1v1 tournament was played. It was a fun tournament where we learned who is the best in a slightly different Valorant format.

Challenge Day offered a dynamic format and new maps, and thus brought together amateur and semi-professional Valorant players from the LINK eSports Association and their guests – visitors to the LINK eSports booth at the recent Games.CON festival, and allowed them to compete against each other in a 5v5 format.

The prize fund was distributed, which included a voucher for the purchase of esports equipment, a tablet and game room hours of free play.

The voucher went to Pavle Talić, while the tablet went to Đorđe Drobnjak.

In 2022, Valorant won the award for the best esports title and is by far the most watched FPS on Twitch, with over 1.126 billion hours watched. This number becomes even more impressive when you compare it to the competition. CS: GO had twice as less – 685 million. Just below CS: GO was Apex Legends (640 million), then Fortnite (600 million), and Call of Duty: Warzone (416 million).